Owner's Manual for KENWOOD SK-EXCL1, downloadable as a PDF file. 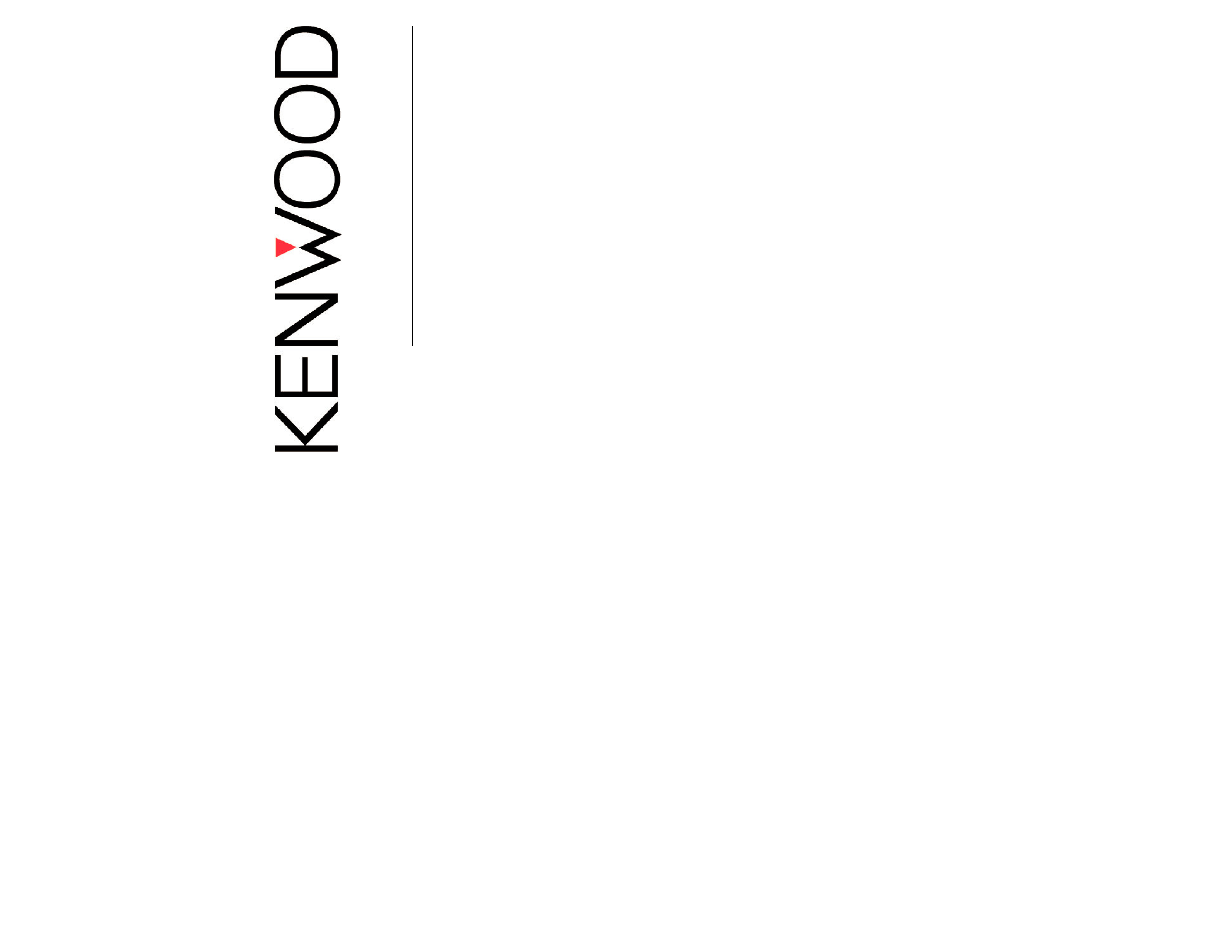 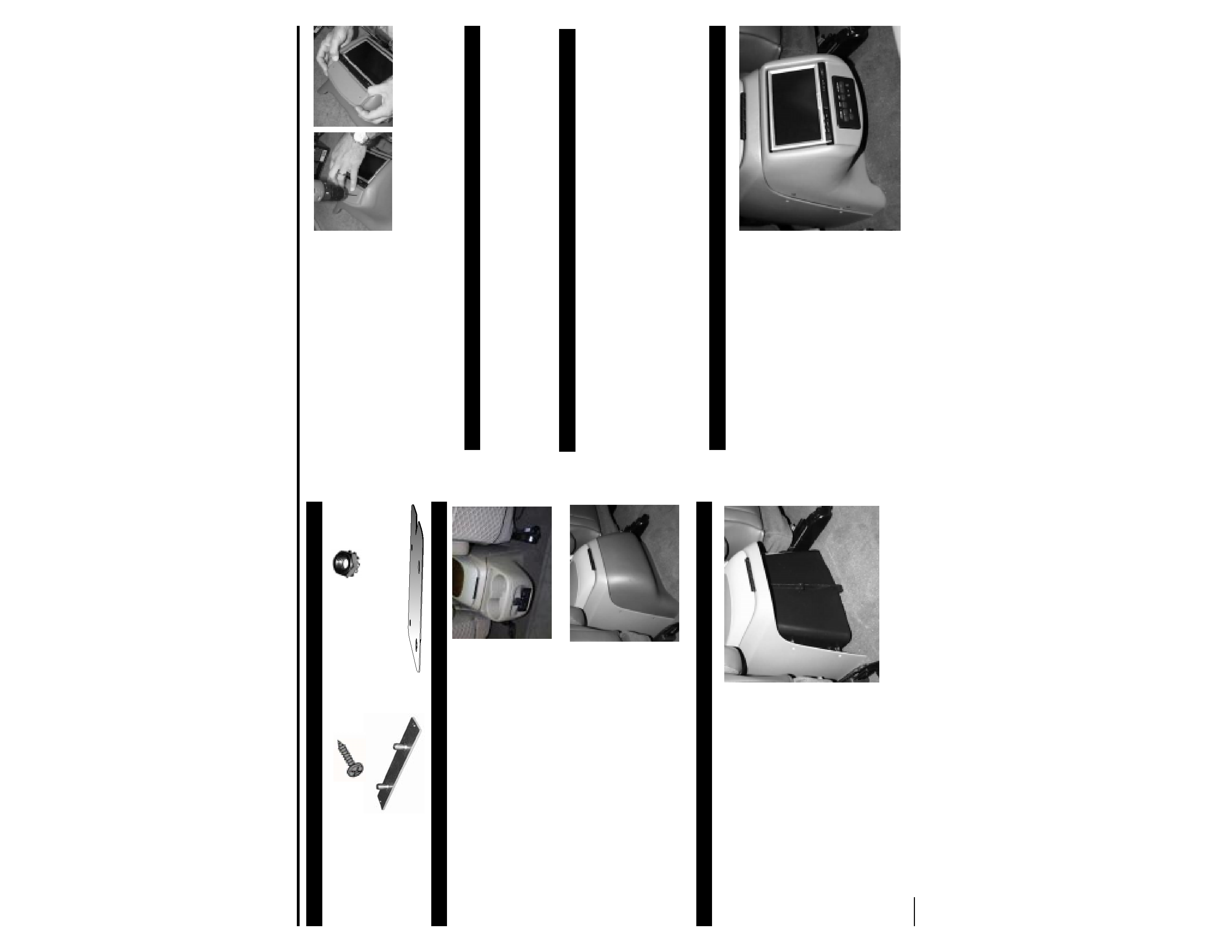 Reinstall all previously removed
factory components and panels.
Turn on and test everything.
(If the system doesn't work properly,
recheck all connections and fuses.)
The install of the video system is
now complete.
Rev 10-01-01
SK-EXCL1 Installed
Wiring and Connections
Route all wires and cable at this time.
Install wiring and cables according to the instructions provided with
electronic equipment.
Filler plate
The filler plate is used in the event the
vehicle is not equipped with rear radio
controls. Install by centering the plate
over radio control opening and marking
the housing through the holes.
Remove the plate and drill a 3/32"
hole at each mark and install using (2)
of the supplied #8 x 1/2" sheet metal
screws.
Prepare the monitor for installation by
sliding the small studded bracket into the
back panel of the monitor. Run the monitor
data cable through the rectangular-shaped
hole in the video console and connect to
the monitor. Slide the monitor into the
console and secure using the (2) supplied
star nuts.
(Do not overtighten)
Reinstall the rear radio controls into the
video console by pushing in until it snaps
into place. Install the mounting brackets
onto the side of the video console. The
brackets mount with the "V" shaped notch
down, and the smaller holes behind the video console. Line up the predrilled
holes in the video console with the holes in the bracket. Secure the bracket
with the supplied #8 x 1/2" sheet metal screws. Repeat procedure on opposite
side.
Installation
Raise console lid and remove the (4) 8mm bolts
holding the console to the floor. Slide the console
toward the rear seats and remove the 4 factory
screws, two on each side, toward the rear of the
console. Remove the rear portion of the factory
console enough to allow access to the rear radio
control wiring, if so equipped. Disconnect the radio
control wiring and remove the rear portion of the
console.
Removal of factory radio controls: (if equipped)
Remove the factory radio controls from the factory
console by carefully unsnapping and sliding out. It
may be helpful to unsnap and remove the
cupholders from the console. Save radio controls
for reinstallation into video console.
Accessories
Remove Factory Console:
Prepare Video Console
Factory Console (Super Duty Truck)
Factory Console(Excursion)
Back of Factory Console
Make all electrical connections, including the rear radio controls.
Slide the video console onto the back of the factory console by sliding the top
into place and swinging the bottom down. The brackets and the video housing
should fit behind the rear edge of the factory console by about 1/2".
Line up the factory screw holes in the side of the console with the large holes in
the bracket and secure with the factory screws removed earlier.
2 - 1/4-20 Star Nut
(KSN1420)
2 - Mounting Bracket
(KMBEXCL1)
1 - Monitor Bracket
(KMB701)
6 - #8 x 1/2" Black SMS
(KSMSB8.5)
Installing Filler Plate
Installation of Video Console
Final Steps

This manual has 47 pages, file size: 2.99 MB. It's available in languages: Japanese, English.

This manual has 56 pages, file size: 3.2 MB. It's available in languages: English.

This manual has 2 pages, file size: 0.06 MB. It's available in languages: English.