Owner's Manual for PIONEER DV-350-S/WVXK, downloadable as a PDF file. 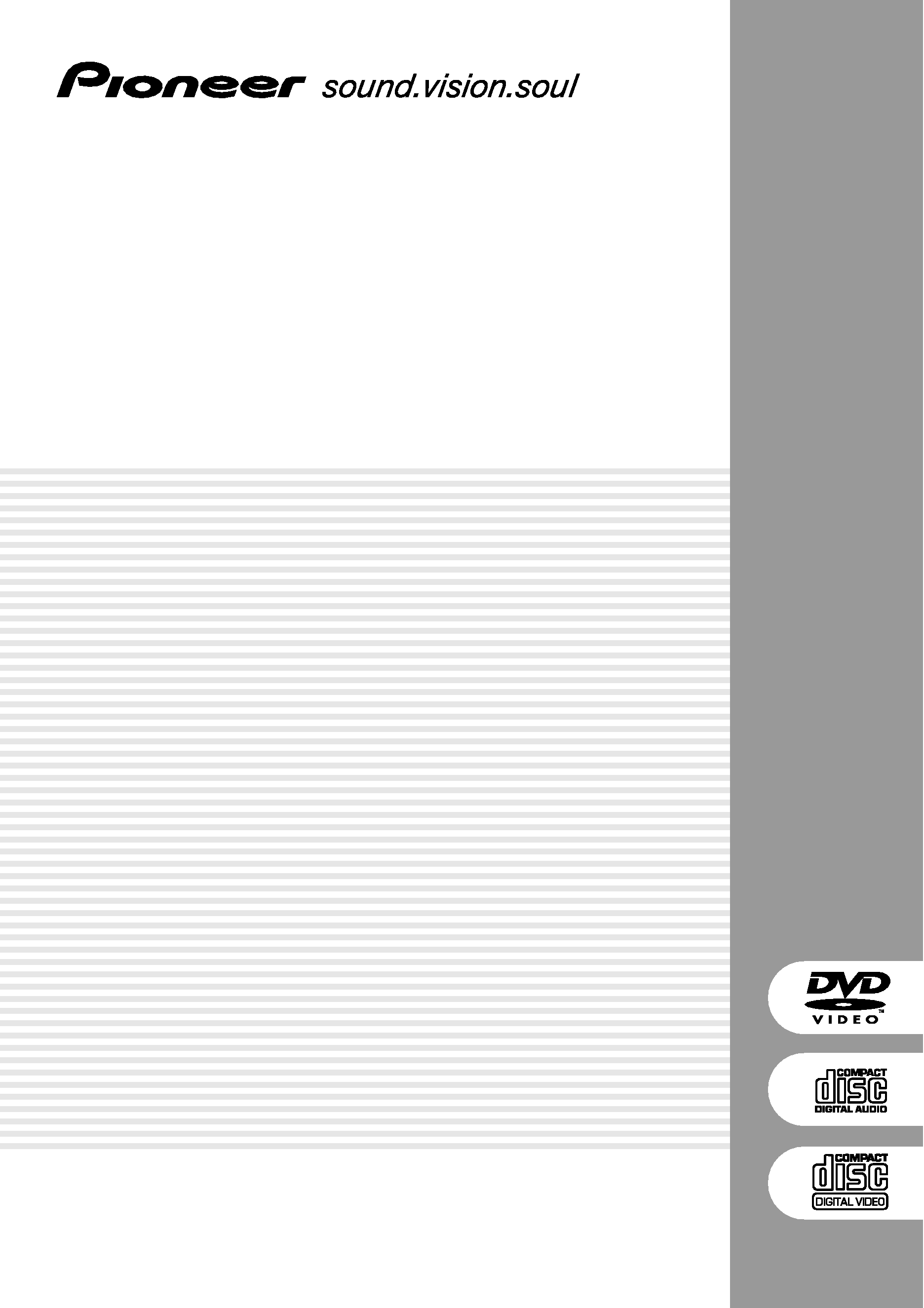 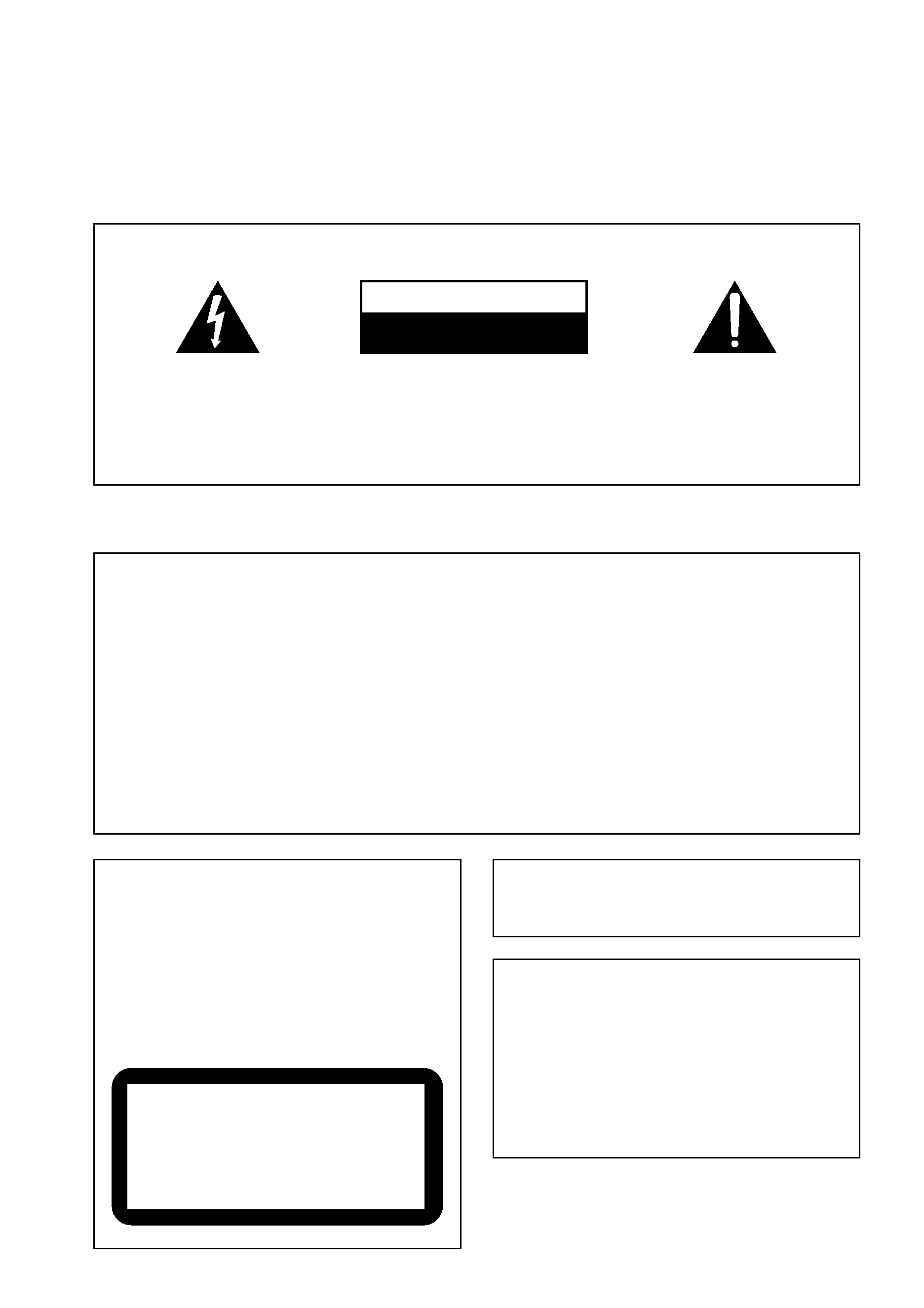 The lightning flash with arrowhead
symbol, within an equilateral triangle, is
intended to alert the user to the presence
of uninsulated "dangerous voltage"
within the product's enclosure that may
be of sufficient magnitude to constitute
a risk of electric shock to persons.
IMPORTANT
CAUTION:
TO PREVENT THE RISK OF ELECTRIC
SHOCK, DO NOT REMOVE COVER (OR
BACK). NO USER-SERVICEABLE PARTS
INSIDE. REFER SERVICING TO QUALIFIED
SERVICE PERSONNEL.
The exclamation point within an
equilateral triangle is intended to alert
the user to the presence of important
operating and maintenance (servicing)
instructions
in
the
literature
accompanying the appliance.
H002_En
RISK OF ELECTRIC SHOCK
DO NOT OPEN
CAUTION
This product complies with the Low Voltage Directive
(73/23/EEC, amended by 93/68/EEC), EMC Directives
(89/336/EEC, amended by 92/31/EEC and 93/68/EEC).
H015A_En
CAUTION: THE STANDBY/ON BUTTON IS
SECONDARY CONNECTED AND THEREFORE DOES
NOT SEPARATE THE UNIT FROM MAINS POWER IN
STANDBY POSITION. THEREFORE INSTALL THE
UNIT SUITABLE PLACES EASY TO DISCONNECT
THE MAINS PLUG IN CASE OF THE ACCIDENT. THE
MAINS PLUG OF UNIT SHOULD BE UNPLUGGED
FROM THE WALL SOCKET WHEN LEFT UNUSED
FOR A LONG PERIOD OF TIME.
H017B_En
IMPORTANT
FOR USE IN THE
UNITED KINGDOM
The wires in this mains lead are
coloured in accordance with the fol-
lowing code :
Blue : Neutral
Brown
: Live
If the plug provided is unsuitable for your
socket outlets, the plug must be cut off
and a suitable plug fitted.
Do not connect either wire to the earth
terminal of a three pin plug.
NOTE
After replacing or changing a fuse, the
fuse cover in the plug must be replaced
with a fuse cover which corresponds to
the colour of the insert in the base of the
plug or the word that is embossed on the
base of the plug, and the appliance must
not be used without a fuse cover. If lost
replacement fuse covers can be obtained
from: your dealer.
Only 5 A fuses approved by B.S.I. or
A.S.T.A to B.S. 1362 should be used.
H005B_En
The cut-off plug should be disposed of and
must not be inserted into any 13 amp socket
as this can result in electric shock. The plug
or adaptor or the distribution panel should
be provided with 5 A fuse. As the colours of
the wires in the mains lead of this appliance
may not correspond with coloured markings
identifying the terminals in your plug, pro-
ceed as follows ;
The wire which is coloured blue must be
connected to the terminal which is marked
with the letter N or coloured black.
The wire which is coloured brown must be
connected
to the terminal which is marked with the
letter L or coloured red.
Replacement and mounting of an AC plug on the power supply cord of this unit
should be performed only by qualified service personnel.
H018A_En
CAUTION
This product contains a laser diode of higher class
than 1. To ensure continued safety, do not remove
any covers or attempt to gain access to the inside of
the product.
Refer all servicing to qualified personnel.
The following caution label appears on your unit.
Location: rear of the unit
CLASS 1
LASER PRODUCT 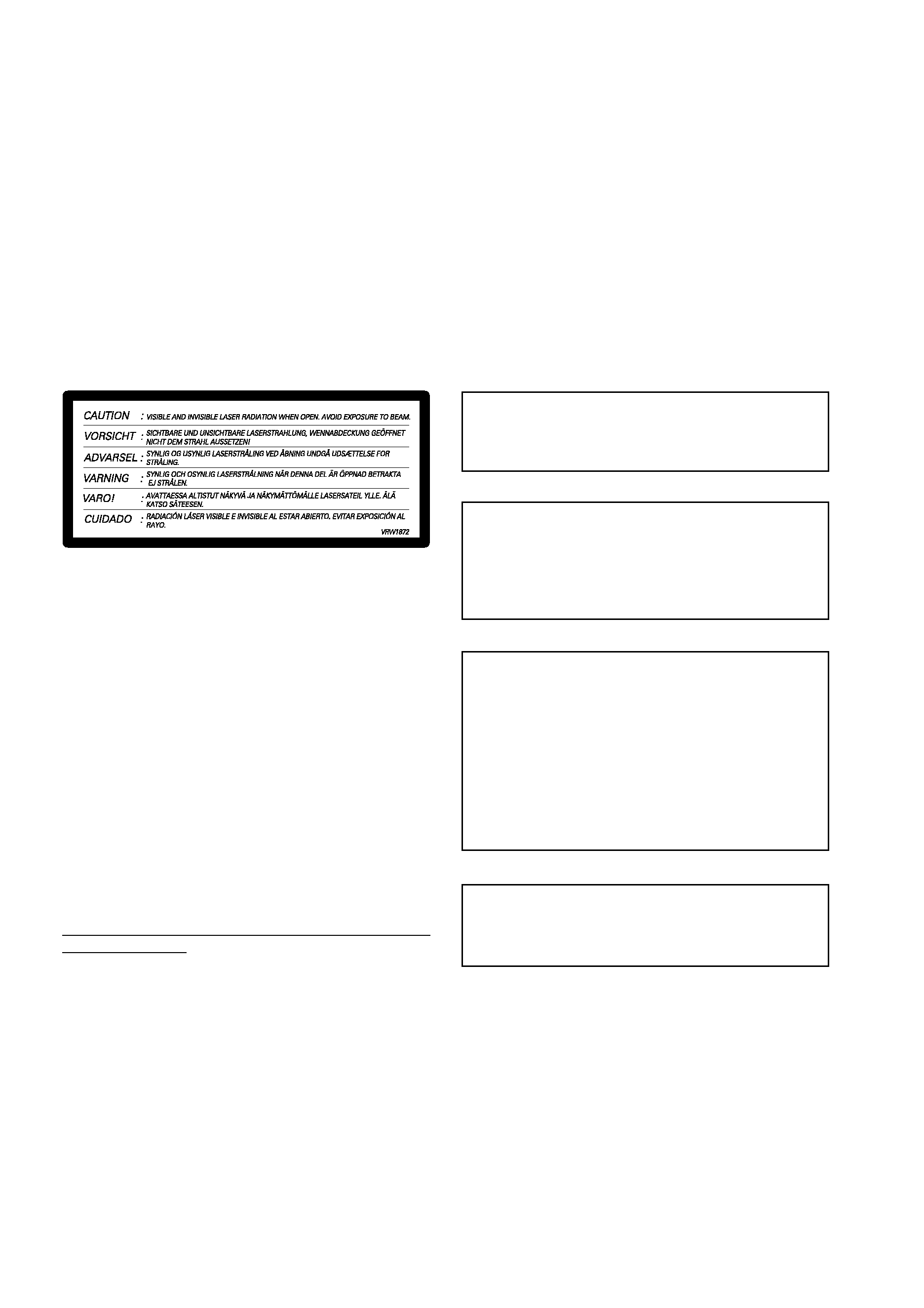 WARNING: Slot and openings in the cabinet are
provided for ventilation and to ensure reliable opera-
tion of the product and to protect it from overheating,
to prevent fire hazard, the openings should never be
blocked and covered with items, such as newspapers,
table-cloths, curtains, etc. Also do not put the appara-
tus on the thick carpet, bed, sofa, or fabric having a thick
pile.
H040_En
WARNING: THE APPARATUS IS NOT WATER-
PROOFS, TO PREVENT FIRE OR SHOCK HAZARD, DO
NOT EXPOSE THIS APPARATUS TO RAIN OR MOIS-
TURE AND DO NOT PUT ANY WATER SOURCE NEAR
THIS APPARATUS, SUCH AS VASE, FLOWER POT, COS-
METICS CONTAINER AND MEDICINE BOTTLE ETC.
H001A_En
WARNING: BEFORE PLUGGING IN THE UNIT
FOR THE FIRST TIME, READ THE FOLLOWING SECTION
CAREFULLY. THE VOLTAGE OF THE AVAILABLE POWER
SUPPLY DIFFERS ACCORDING TO COUNTRY OR
REGION. BE SURE THAT THE POWER SUPPLY VOLTAGE
OF THE AREA WHERE THIS UNIT WILL BE USED MEETS
THE REQUIRED VOLTAGE (E.G., 230V OR 120V) WRIT-
TEN ON THE REAR PANEL.
H041A_En
WARNING: NO NAKED FLAME SOURCES,
SUCH AS LIGHTED CANDLE, SHOULD BE PLACED ON
THE APPARATUS. IF NAKED FLAME SOURCES ACCI-
DENTALLY FALL DOWN, FIRE SPREAD OVER THE AP-
PARATUS THEN MAY CAUSE FIRE.
H044_En
OPERATING ENVIRONMENT
Operating environment temperature and humidity:
+5°C ­ +35°C (+41°F ­ +95°F); less than 85%RH (cooling
vents not blocked)
Do not install in the following locations
÷ LOCATION EXPOSED TO DIRECT SUNLIGHT OR
STRONG ARTIFICIAL LIGHT
÷ LOCATION EXPOSED TO HIGH HUMIDITY, OR POORLY
VENTILATED LOCATION
H045_E
n
On the top of the player
When disposing of used batteries, please comply with
governmental regulations or environmental public
instruction's rules that apply in your country or area.
H048 En
This product is for general household purposes. Any
failure due to use for other than household purposes
(such as long-term use for business purposes in a res-
taurant or use in a car or ship) and which requires repair
will be charged for even during the warranty period.
K041_En
This product incorporates copyright protection
technology that is protected by method claims of
certain U.S. patents and other intellectual property
rights owned by Macrovision Corporation and other
rights owners. Use of this copyright protection
technology must be authorized by Macrovision
Corporation, and is intended for home and other
limited viewing uses only unless otherwise
authorized by Macrovision Corporation. Reverse
engineering or disassembly is prohibited.
This product includes FontAvenue® fonts
licenced by NEC corporation. FontAvenue is a
registered trademark of NEC Corporation. 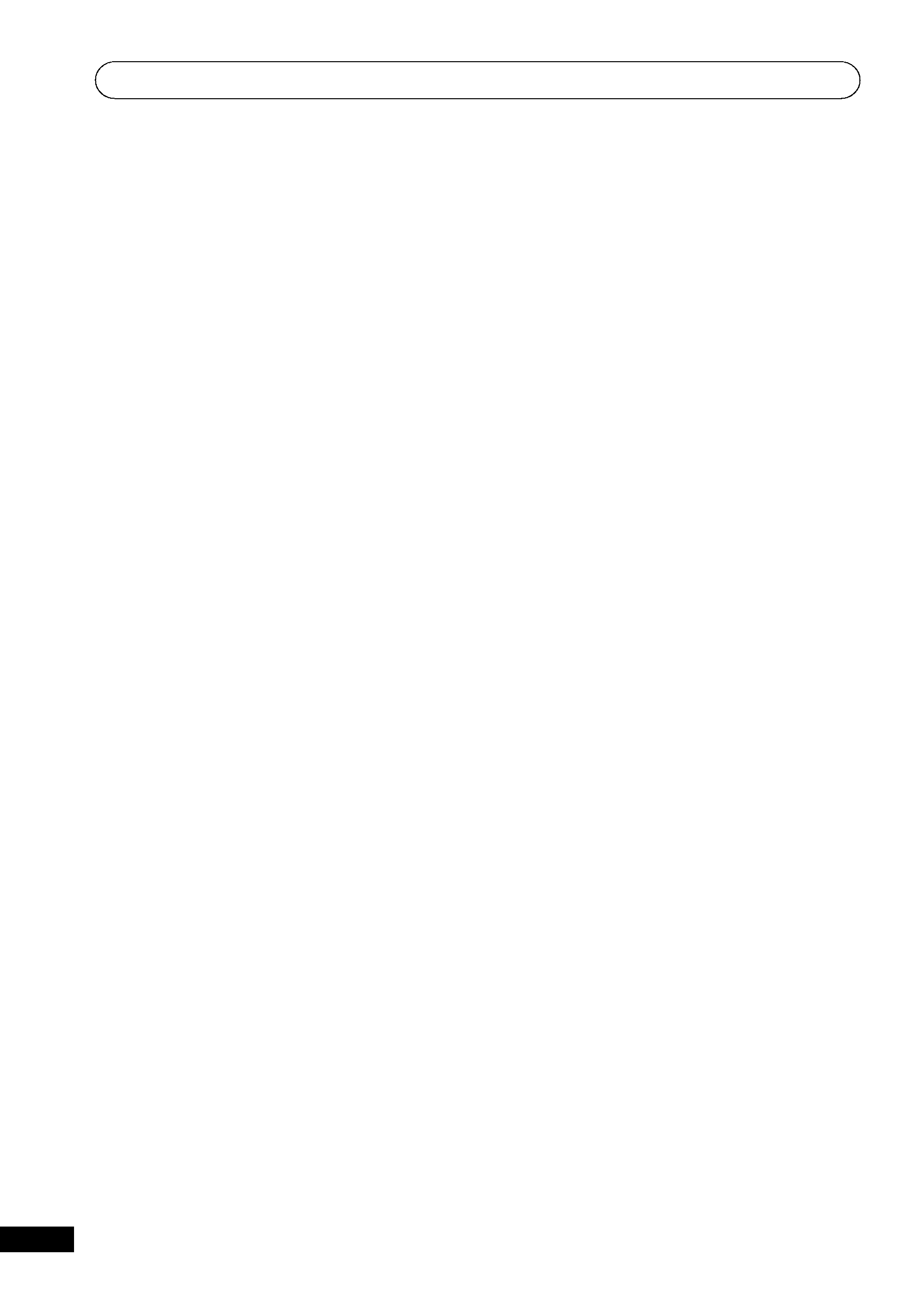 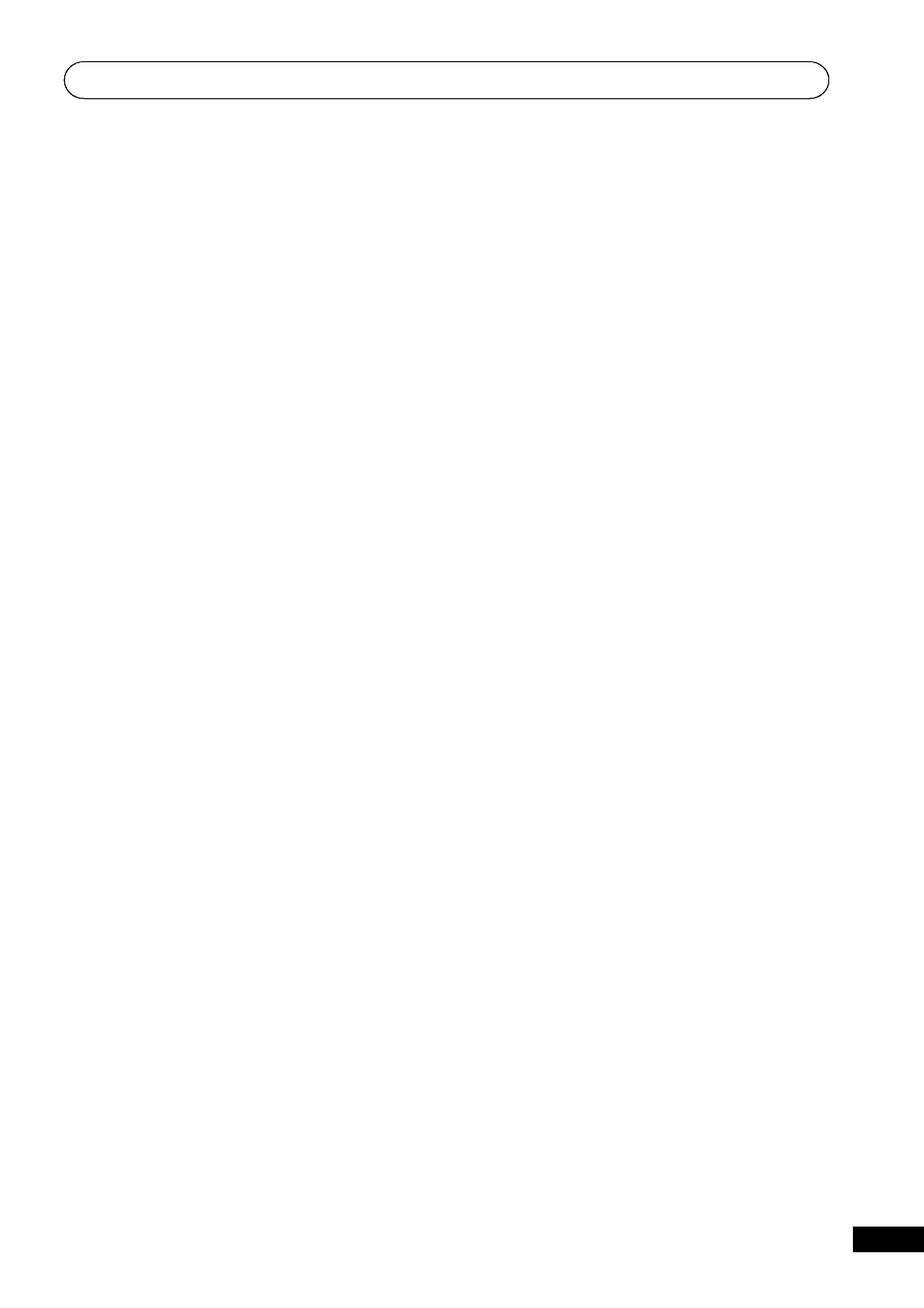