Owner's Manual for AKAI Z4, downloadable as a PDF file. 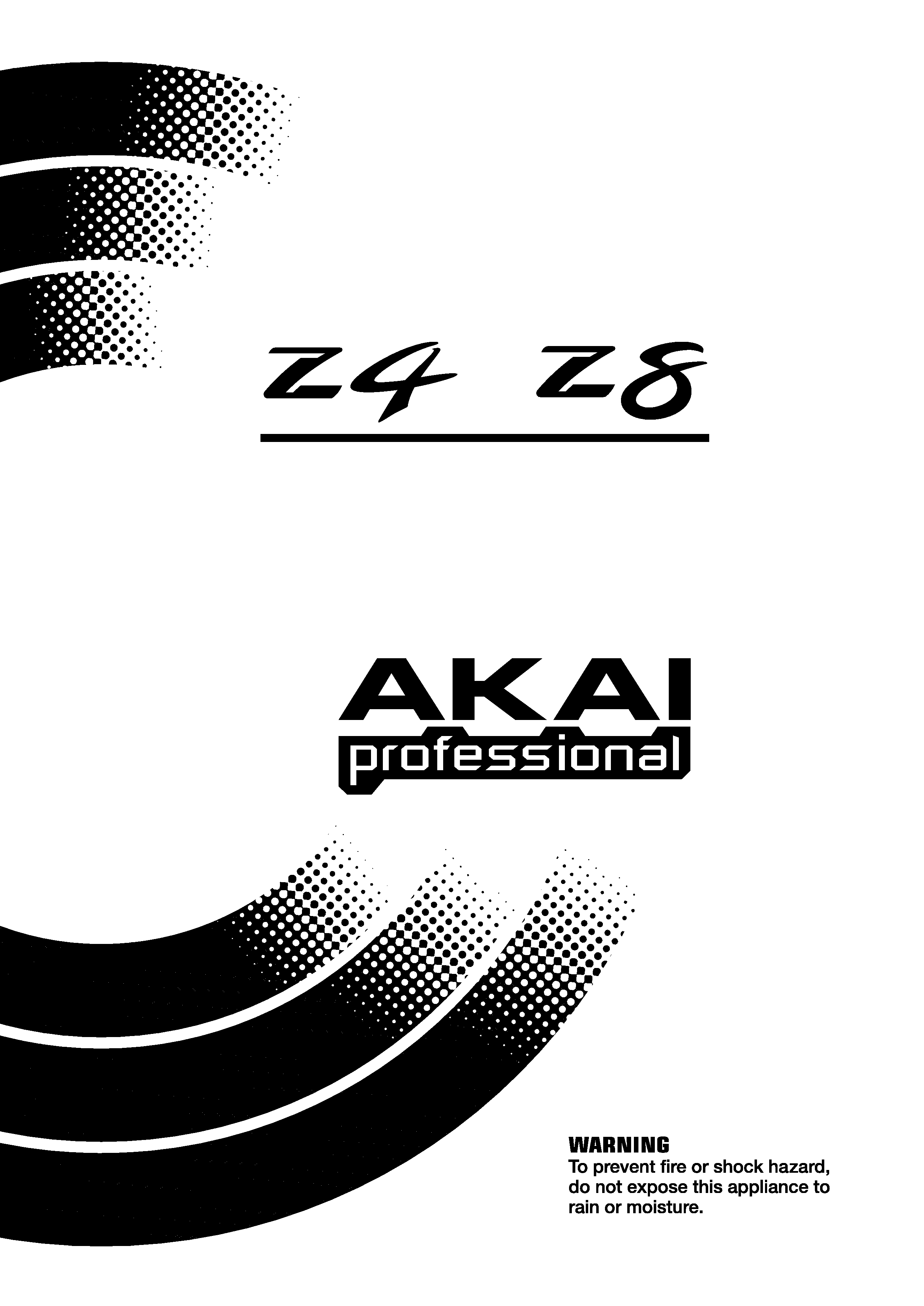 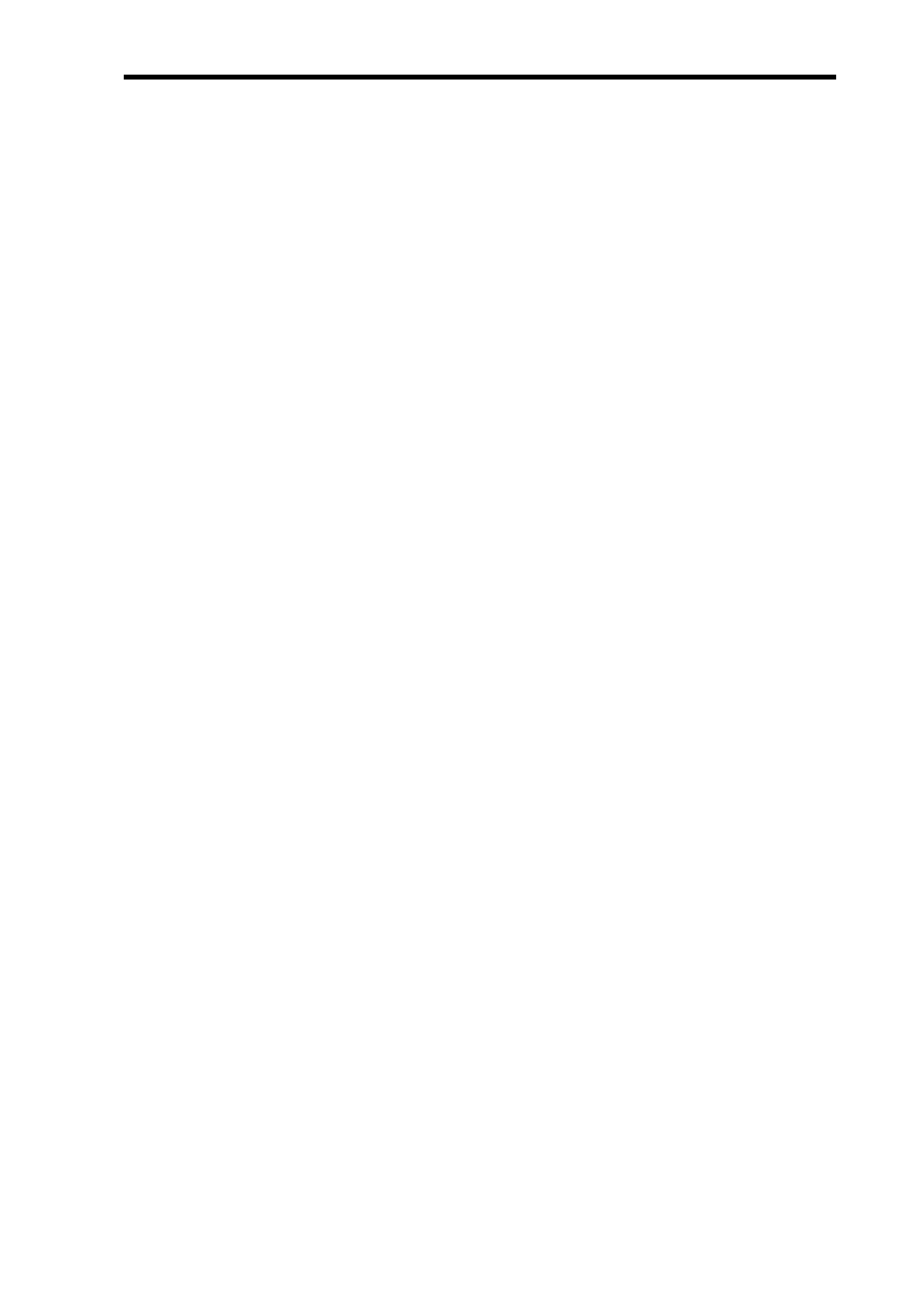 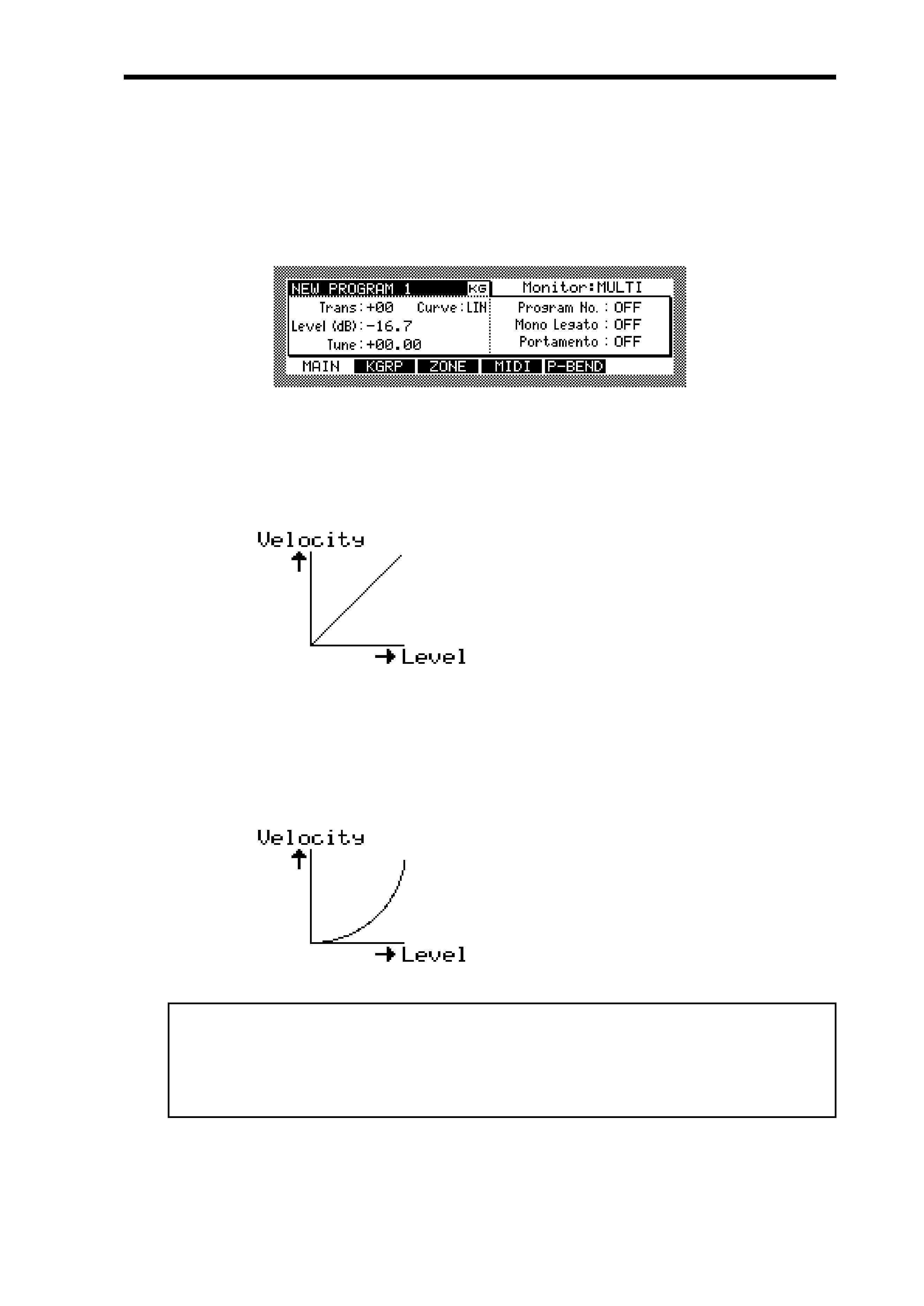 Addendum
1
Z4/Z8 User Guide­Version 1.41
Curve Field in PROGRAM mode added
To further improve the interchangeability with the programs created and/or saved by the MPC3000, MPC2000
and MPC2000XL, the `Curve' field is now added in PROGRAM mode.
In addition, the `Transpose' field is changed as `Trans' field.
The `Curve' field has been added in the MAIN [F1] page in PROGRAM mode.
Curve
Selects the velocity curve from the LIN or LOG options.
LIN(EAR)
The velocity changes in a straight line.
LOG(ARITHM)
The velocity changes in a logarithmic curve.
When the value is increased, the change becomes greater as the end point is approached. The change
becomes less as the end point is approached, when the value is decreased.
Important Notes on Interchangeability
The programs created and/or saved with V1.41 cannot be loaded onto the units equipped with the OS of
prior versions, e.g. V1.40.
Similarly, it is not possible to load the programs created and/or saved by the MPC4000 with the OS V1.40
or later, onto the Z4/Z8 with the OS V1.40 or earlier version. 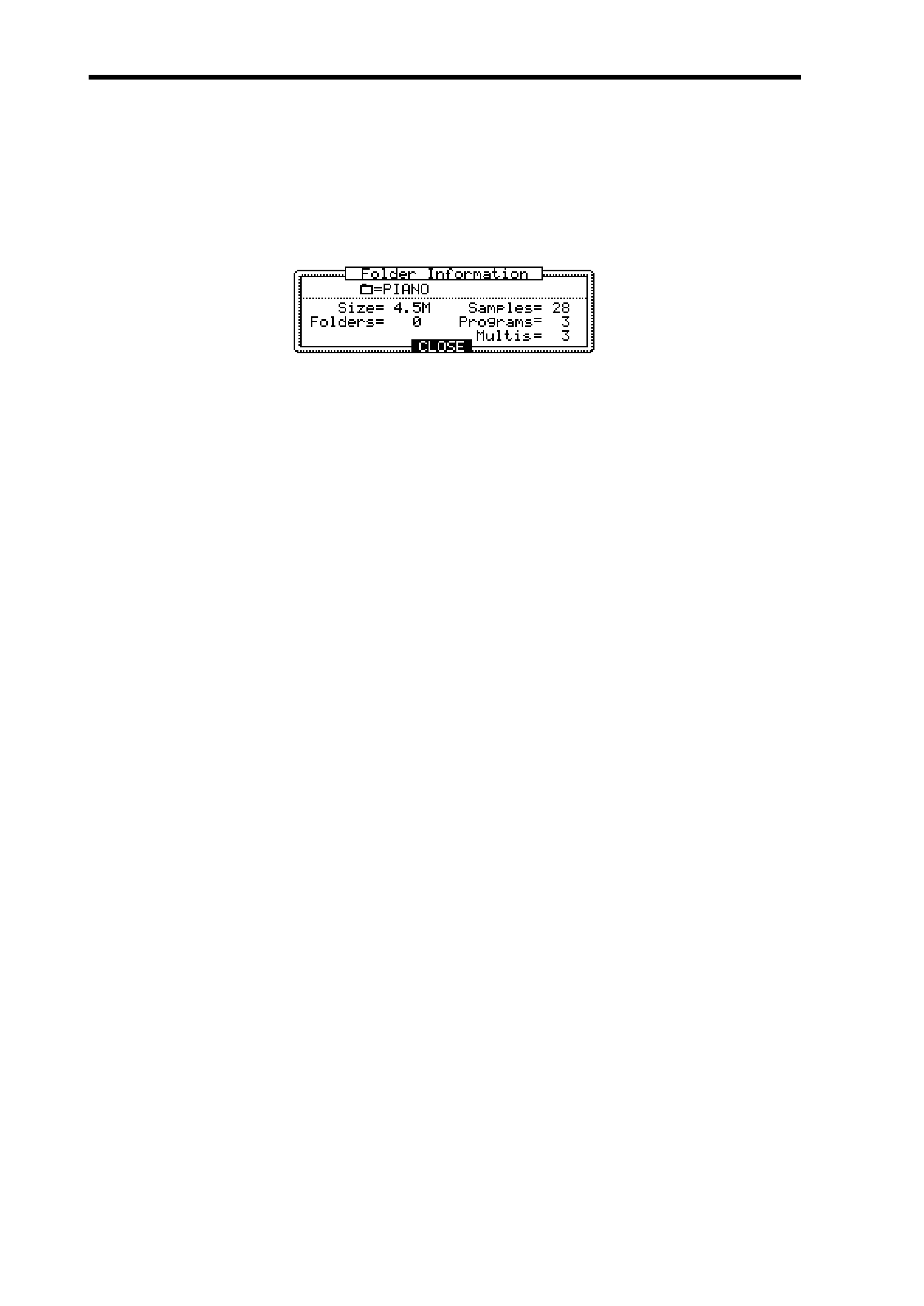 2
Addendum
Z4/Z8 User Guide­Version 1.41
Folder Information Window support improved
It is now possible to check the number of files and their total size for the folder and its sub folders.
In addition, the `Folders' field is added to show the number of folders of the selected folder.
The following Folder Information window appears when the [WINDOW] key is pressed after selecting the
folder, in the SAVE/LOAD modes. 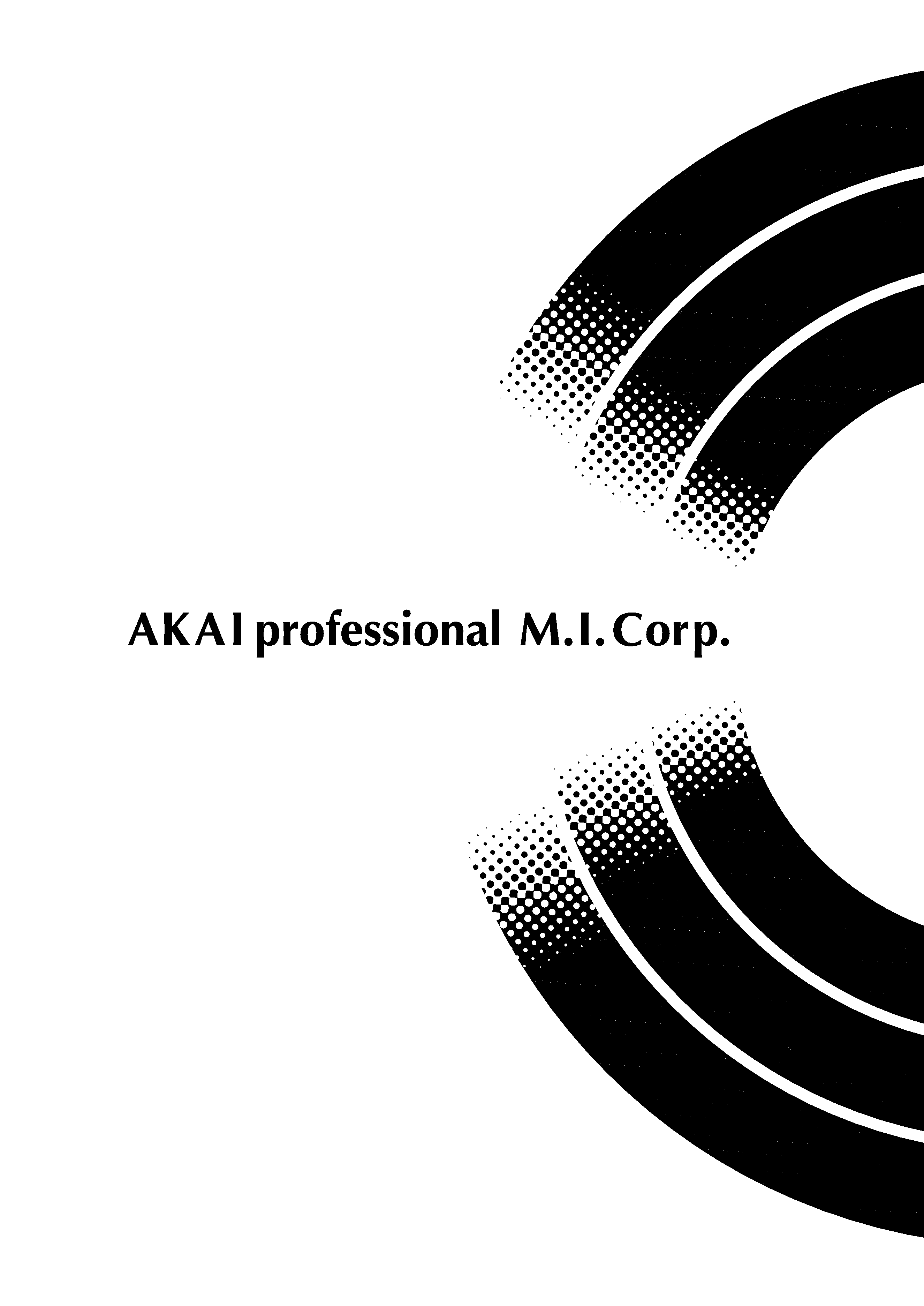 This manual has 6 pages, file size: 1.47 MB. It's available in languages: English.